THE LIGHT OF THE FIREFLIES is available NOW at Amazon sites. The book has been included in the Kindle First selection for March, making it available for Amazon members at the price of 1.99$ or Free for Prime members, one month before its official release (April 1st). Get it now at: http://amzn.com/B016A31ZWC

Click on the cover to read the first chapter: 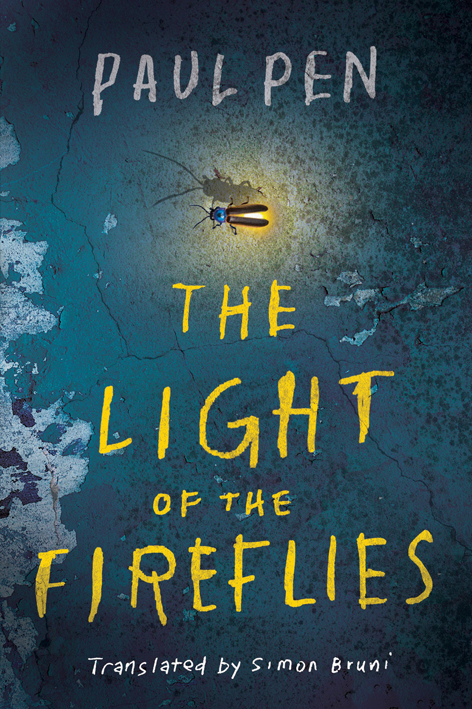 ✹ OUT APRIL 1st or NOW AVAILABLE for 1.99$ for KINDLE FIRST MEMBERS and FREE for AMAZON PRIME MEMBERS ✹

THE LIGHT OF THE FIREFLIES – PAUL PEN
A haunting and hopeful tale of discovering light in even the darkest of places.

For his whole life, the boy has lived underground, in a basement with his parents, grandmother, sister, and brother. Before he was born, his family was disfigured by a fire. His sister wears a white mask to cover her burns.

He spends his hours with his cactus, reading his book on insects, or touching the one ray of sunlight that filters in through a crack in the ceiling. Ever since his sister had a baby, everyone’s been acting very strangely. The boy begins to wonder why they never say who the father is, about what happened before his own birth, about why they’re shut away.

A few days ago, some fireflies arrived in the basement. His grandma said, There’s no creature more amazing than one that can make its own light. That light makes the boy want to escape, to know the outside world. Problem is, all the doors are locked. And he doesn’t know how to get out.…

Tagged on: Kindle First, Paul Pen, The Light of the Fireflies

One thought on “‘The Light of the Fireflies’ is out now. Read the first chapter”